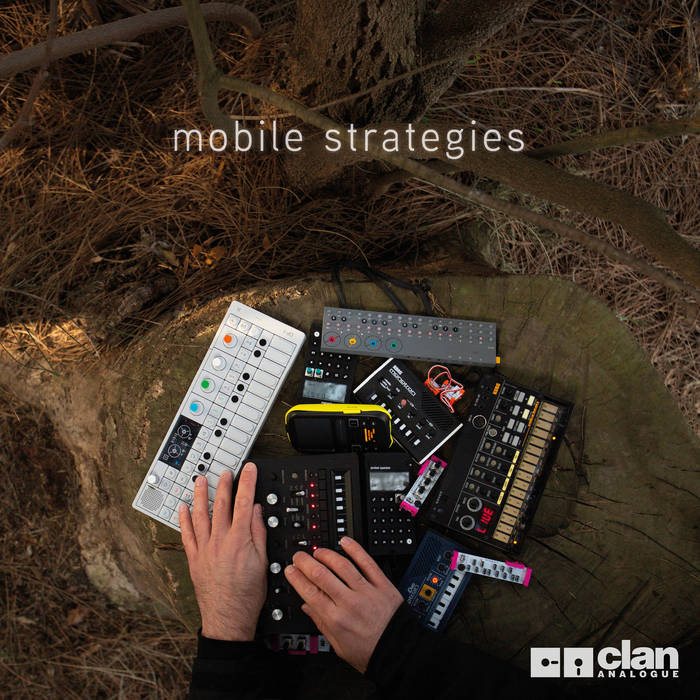 magri I don't know, but I am very interested in music made with different instruments, and the small boxes are now very powerfull, and the artists capacity to work with them in a good way too

Noise In My Head

Mobile Strategies includes contributions from music producers located on 3 continents and using a broad-range of mobile setups. The album’s 19 tracks include contributions from Tame Impala’s drummer Barbagallo, Germany’s prominent mobile music proponent Perplex On and the Melbourne-based KOshowKO who has pioneered venue-specific live audience sampling with the use of iPads.

The mobile technologies used on the album range from the vintage TB 303, TR 606 and Casio SK-1 instruments used by Australian electronic act Rantzen & Spinoglio, through to a Gameboy Micro running custom software used by chr15m + Fenris to the latest invention by Teenage Engineering, their OP-Z sequencer, utilised by Perplex On in a nature-inspired, glitchy and bass heavy track produced during a hike in the Bavarian countryside.

The special Bandcamp edition of the album includes a digital booklet detailing equipment used by the artists as well as the creative process behind each track. Customers who purchase the album on Bandcamp will also access 6 bonus tracks not available elsewhere.

Why a mobile music album?

When I first started making music on iPad 3 in 2012, it was obvious that the technology, although fairly limited at that time, offered a new perspective on interacting with musical instruments and generating music. While the iPad was expensive, the apps were sometimes free and if not free, then often quite cheap. Around the same time, I discovered a very portable, and also quite innovative hardware workstation called the OP-1. Those 2 devices introduced me to new musical interfaces and new ways of making music, often on the go or, at least, outside the confines of a traditional music studio. Fast forward 7 years, add a few software and hardware updates, and these types of devices are still benchmarks of battery-powered, mobile music making technologies. They are also prominently featured on this album.

"This compilation was born out of my fascination with the above-mentioned ways of producing music as well as performing it live on mobile interfaces. Throughout the years I got immersed in various online communities of mobile musicians, interviewed and surveyed some of them and wrote a book chapter about affordances of mobile music technologies. Clan Analogue was the perfect vehicle to release an album showcasing numerous ways of mobile music making as it is a forward-thinking label, open to exploring versatile creative approaches. When deciding on what tracks to feature on the release, I tried to consider the creative merits of submitted material and also offer the listener a broader survey of portable technologies. This album showcases various mobile strategies ranging from a track made on a bus, one made in the mountains to those in fully equipped studio spaces, as mobile technologies can be used stand-alone as well as alongside other gear. Some tracks were recorded live, in one take, and some involved painstaking layering and editing.

I look forward to making the best out of the existing mobile music making gear, but I am also excited for what the future of mobile technologies can bring to empower musicians and engage their audiences."